On behalf of the Board of Directors of ANWEP, The Association of Nigerian Women Entrepreneurs and Professionals in the USA, I would like to sincerely thank Her Excellency, Erelu Bisi Fayemi for the hospitality shown to me during my visit to her beautiful state of Ekiti. I was pleasantly surprised at the wonderful work she and her team are doing to address the issues that confront women and children in our dear country Nigeria. Erelu Bisi Fayemi is truly an exemplary leader and a great asset to our country, Nigeria. I sincerely hope that other women leaders will follow in her footsteps to put in place sustainable frameworks in their individual states to address GBV and other crimes against women. 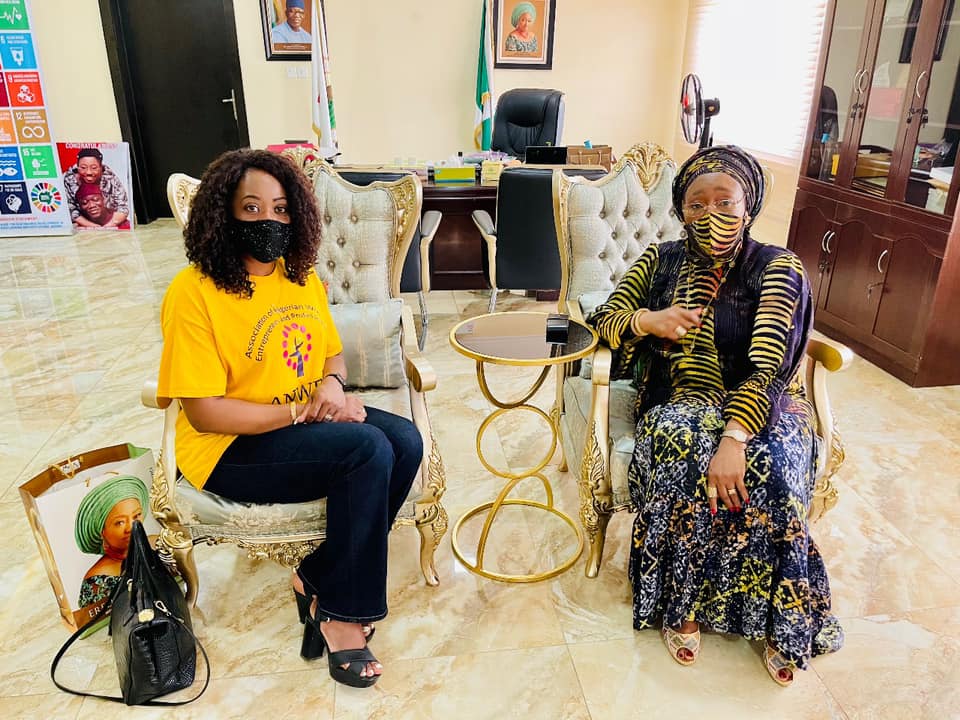 She also received an MA in Gender and Society (1992) from Middlesex University, UK and served as the Director of Akina Mama wa Afrika (AMwA), an international development organisation for African women based in London, UK, from 1991-2001 as well as Executive Director of the African Women’s Development Fund, (AWDF) – the first Africa-wide grant-making fund, which supports the work of organizations promoting women’s rights in Africa, from 2001-2010.

AWDF has played a key role in the promotion and protection of women’s rights in Africa, through its support of grassroots initiatives, policy engagements and movement building for social justice.
When her husband Dr Kayode Fayemi became Governor of Ekiti State, Nigeria, on October 16th 2010, she was actively involved in a range of policy, advocacy, grassroots empowerment and social inclusion programs to support his administration. She founded the Ekiti Development Foundation in 2011.

In collaboration with other stakeholders, she led the campaign to enact a Gender Based Violence Prohibition Bill which was signed in to law in November 2011, as well as the Equal Opportunities Bill which became law in December 2013.

She’s the remarkable author of ‘Speaking for Myself’: Perspectives on Social, Political and Feminist Activism (2013) and ‘Speaking above a Whisper’, (2013) an autobiography. She also co-edited ‘Voice, Power and Soul’, with Jessica Horn (2008) a compilation of images and stories of African Feminists.
She currently serves as a Board member of the African Women’s Development Fund (Ghana), Board member of Global Fund for Women (USA), Chair, Advisory Board of the Nigerian Women’s Trust Fund, and UN Women Nigeria Goodwill Ambassador.